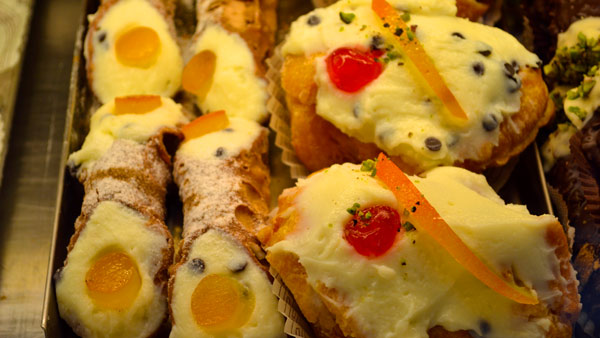 A walking tour for greedy people! The sweets are expression of the multiculturalism of Palermo and of the various dominations that have occurred introducing new ingredients. Above all Arabs brought the pistachio, cinnamon and sugar revolutionizing the Sicilian pastry whose essential ingredient is creativity. But it was mainly the skilled hands of cloistered nuns in convents to create most of the palermitan desserts which are now displayed in the pastry shops. During this particular walking tour in the city center you will admire magnificent churches and monasteries and you will taste delicious desserts, triumph of colors and flavors! At the end of the walking tour if you want you can have lunch in a tavern where is possible to taste traditional Sicilian dishes.